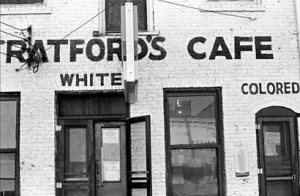 For 14 years of my life, I never had to say – “I am black”. I was born and raised in Nigeria and my first sense of identity was that I am a Nigerian, not even that I am African. I was not black, a visible minority, a coloured person or all these classifications that people in the West who look like me, have for years, been grouped into. It was when I came to Canada that I started seeing and taking part in the divisions of skin colour. You are white, you are brown, you are black. Till today, it still feels weird to call myself and other black people, “visible minorities”. It feels demeaning with respect to where I have come from. When I was in Nigeria, I never thought of myself as a minority. Why would I? When, first all, each human being no matter where they come from is first human.

However, I am not too naive, in Canada for example (and like many parts of the West), Caucasians make up a majority of the population and like many other countries in the West, it has a history of racism. So, I do not mind being a visible minority in this sort-of new country, because being a minority comes with rights and protections. Still, that title, that classification that I now hold doesn’t sound right.

Race is a concept that was socially constructed. The idea of a racial supremacy is man-made. These constructions create stereotypes, they demean, they leave some at the margins, they make some conscious and suspicious – “perhaps that happened because I am black” etc. The constructions that have been made around race itself are things that must be challenged. Rosa Parks, Martin Luther King Jr, the people who took to the streets to protest after an unjust ruling was made on the Eric Garner case, those who condemn racism, those who know never to limit themselves because of the colour of their skin – these are the kinds of people that have challenged the ideas of race in the West.

We live in an unequal world, no doubt. However, we can break down unacceptable constructs that have put people on the margins, by striving for excellence, breaking down stereotypes and making history.