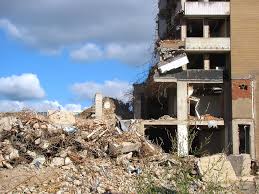 During my most recent trip to Nigeria, I met up with a child rights and social justice advocate, who works consistently with children growing up in slums, in Lagos. We were discussing the issue of State-sponsored evictions and demolitions of such slum areas. From her perspective, she noted that gentrification leads to a cycle of hurt and broken dreams which then results in crime. That really stood out for me. I mean, gentrification is an action that destabilizes communities, families, in more than one way. It is most often aimed at the poor and in Western nations – at visible minority communities, especially.

In this post, I am taking the advice from the advocate in Nigeria and my concern on this matter, to address what is a destructive global issue. Gentrification happens worldwide. It happened with the Hogan’s Alley of Vancouver, Canada. Historically, it has happened in several parts of the United states. In Nigeria, it happens often in Lagos and even, very recently, with the Eke Ukwu market destruction in Imo State.

Gentrification puts the poor and disadvantaged groups at a far-reach to success, at the centre of the causes of dismal health (pollution, fast foods chains, over-populated housing etc) and in a cycle of lack. Of course, with all such ills often comes, for some, an almost-inevitable susceptibility to crime.

A major step to solving the problem of gentrification is for state actors and their networks (businesses, lobbyists etc), to understand and take very seriously, the implications of what they often deem to be ‘urbanizing’. You can urbanize without leaving disadvantaged groups and the poor behind and cutting away from communities, the ties that held them together in health, success, socialization and other ways. Gentrification cuts such ties apart and it is without a doubt, a human rights violation.

I encourage readers of this post, to also dig deeper on the literature on gentrification as it cuts across the fields of social justice and public health. It has been very worthwhile for me. I will end by saying: SPEAK UP AGAINST GENTRIFICATION!

Please. If we keep speaking up against it, I am sure that we will make, even just a little difference.