Broken systems exist in many societies and in my forms, whether it be systems that do not value racial and gender equality, systems that operate prison industrial complexes or whether it be systems that do not ameliorate the conditions of the poor. They are systems because the core of every society operates around a system – one run and implemented under a government. So, indeed governments can either produce or destroy a broken system because they control the system of governance.

Societies that operate under a broken system are unconsciously or consciously disadvantaged. This is because they are not maximizing the potential of most of the society- talents are left to rot in jail, the poor are left on the margins (having welfare packages in place does not necessarily empower people), racial discrimination etc. Broken systems turn endowed people into persons operating on clipped wings because they have the potential to succeed but there are systemic barriers holding them back. 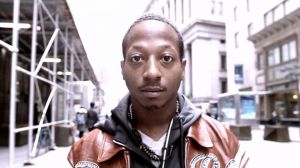 Kalief Browder, an American who recently committed suicide, was a victim of a broken system. He was arrested at age 16 in 2010, on the allegation that he had stolen a backpack – a crime he refuted to have been involved with. However, without a trial, he was jailed for three years and according to The New Yorker, Kalief was in in solitary confinement for two years. Browder was released from prison in the year 2013. During his time in prison, he became suicidal but none of his attempts at suicide were successful till June 6, 2015 – two years after he was released from prison. On that day in June, Kailef Browder hung himself and died. He was only 22. The story of Kalief Browder – from his imprisonment and till his death, is very chilling and indeed, angering because the circumstances that eventually led to his death could have been avoided. How can a 16-year-old child be imprisoned in solitary confinement? Why was there never a trial, no due process? Where was humanity in the law enforcement officials who had the ability to advocate for Browder’s rights?

That is what broken systems do. They clip wings, they do not enable people to fulfill their true potential, they hold people back from self-actualization.

Governments of developed and developing countries alike, need to create policies that ensure that all spheres of society are being represented justly and that empowerment is an underlying goal of most, if not all policies. Again, it is not enough to provide welfare services to the poor (though this is vital) and distribute food to the under-privileged during political campaigns. Rather, citizenry empowerment should be the goal of every government and the system of governance it operates within. Also, governments must make it a top objective to ensure that citizens’ rights are always a priority and ensure that only officials that align with such a mandate will retain their jobs. Who would imagine that a story like the Kalief Browder one would be coming out of a place like the United States?